News and info about Big Brothers Big Sisters of Clarksville

Bowl For Kids' Sake raises record amount for youth mentoring
​Clarksville, Tenn. (April 27, 2022) – April showers bring more than May flowers for Big Brothers Big Sisters of Clarksville as the 2022 Bowl For Kids Sake campaign raised more than $50,000 for the first time in more than 5 years.

The Bankers’ Challenge raised more than $28,000, and the Community Bowl For Kids Sake raised $22,083 to support at-risk youth mentoring in Clarksville-Montgomery County.

“For the past several years, we have worked very hard to hit $35,000. We feel so proud to have partnered with some amazing sponsors and passionate individual supporters to raise this record amount for Bowl For Kids Sake,” said Chris Buerck, executive director of Big Brothers Big Sisters of Clarksville.

This marked the 39th year for Bowl For Kids Sake where residents and businesses in Clarksville came together to support youth in the community by donating to BBBS, a mentoring nonprofit that pairs youth facing adversity with adults who ignite their potential and show them how to reach further and achieve more in life.

Big Brothers Big Sisters currently supports 55 children in the Montgomery County community. The agency has a goal to double its active match caseload to 120 by 2024. The agency is a 501c3 nonprofit that relies on fundraisers like BFKS, grants and individual donors to support the Littles, Bigs and parents enrolled in the program. 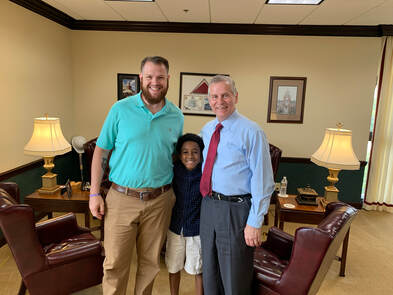 Meeting the Mayor
Little Brother AJ gets to know Clarksville Mayor Joe Pitts
Clarksville, Tenn. (Aug. 2, 2019) – Dress to impress and come prepared. Those are the lessons Little Brother AJ took from his Big Brother Jesse when the two were prepping for a meeting with Clarksville City Mayor Joe Pitts.
​
AJ, young man in the Big Brothers Big Sisters of Clarksville program, met the Mayor briefly at a community event and was star struck. The Mayor invited AJ to come to his office sometime so they could chat, and today he was cashing in on the offer.

AJ in a button down shirt and khakis and his Big Brother (a mentor through the BBBS program) made a list of questions AJ wanted to ask the Mayor and after bonding about a shared dislike of heights and relationships with their sisters, AJ relaxed and learned all he wanted about the man who leads City Hall.

“I was thinking that. There’s so much paperwork you have to do,” AJ said.

AJ also wanted to know what the mayor's favorite car is (answer: "Whatever I'm driving.") and his favorit color (blue).

He also asked if Pitts had always wanted to be the mayor and then heard the story of Pitts who at 17 already had a T-shirt that read “JEP for Mayor” and the goal of one day leading the City of Clarksville. But AJ has other plans for his own future. He wants to be an all-star baseball player.
Among other things, AJ learned he now plays baseball on the same field as a 9-year-old Mayor Pitts, that everyone loves ice cream and that no citizen is too young or too small to learn more about their community.

Pitts, a big fan of coins, showed AJ his collection and gave him a Mayor’s Reminder Coin with the city seal.

“It’s to remind you every time you look at it, remember your mayor’s always thinking about you,” Pitts said. 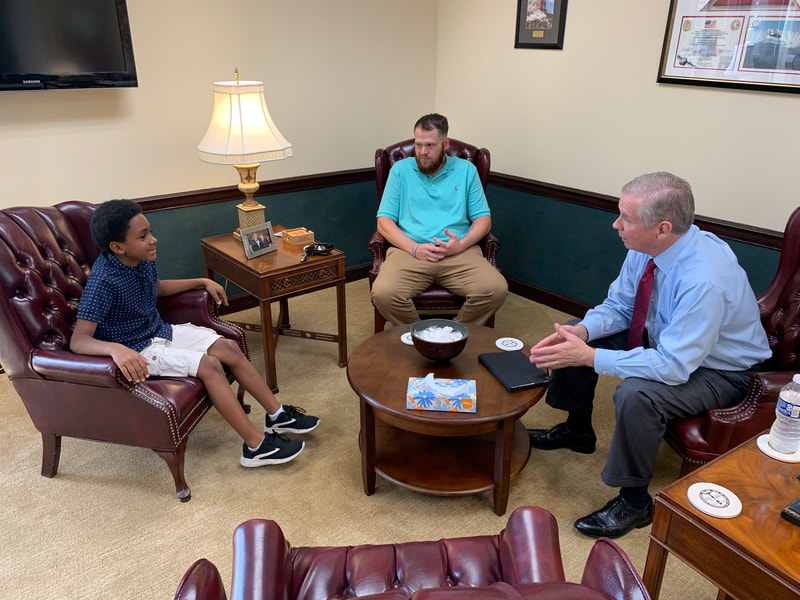 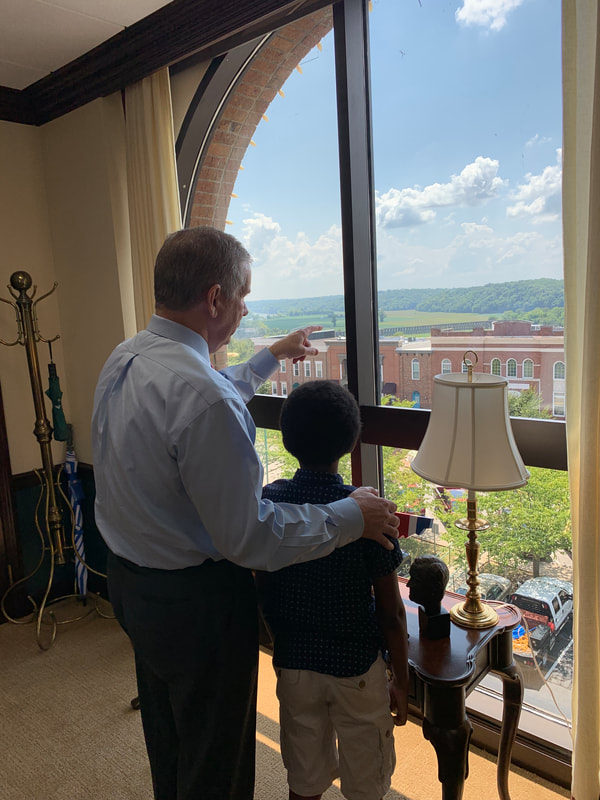